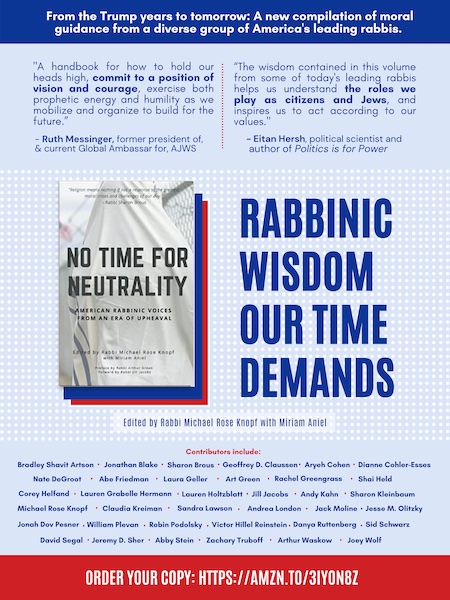 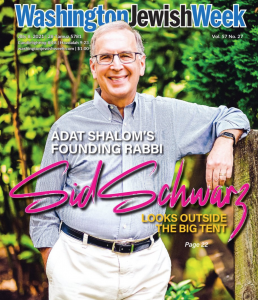 “’I think about Synagogues as containers that use Judaism as a toolkit to advance human flourishing,’ says Rabbi Sid Schwarz. ‘I don’t think the job of the synagogue is, exclusively, to get people to keep kosher and do Shabbat.’”

“An activist rabbi and communal entrepreneur based in Washington, D.C., Schwarz heads Kenissa, an organization that cultivates and tracks grassroots Jewish start-ups — independent innovators creating diverse, niche communities with an emphasis on self-expression. He said much of the Jewish establishment is either unaware of or dismissive of these groups, viewing them as too marginal to make a difference. Schwarz disagrees.”

Schwarz discusses the limitations of institutional Judaism with many younger Jews
February 17, 2021-Tablet

“But as Rabbi Sid Schwarz, author of Jewish Megatrends, notes, it goes beyond a simple cost calculus…Schwarz argues that the high cost of living a Jewish lifestyle under the old synagogue model that included Jewish day school, camp, and Federation-giving, no longer resonates with many younger Jews—even those who were brought up within the system. The problem is systemic: Institutional Judaism fails as “a value proposition.”

“Jews have developed a very finely tuned antenna to other people, other communities, other faiths, other races, who are facing similar circumstances in our own date and time.”

“The three most important principles that have served me well in these endeavors are: 1) Make sure you have an idea that meets a need in the marketplace and then as you develop the institutional framework, continue to evaluate and critique what you have created so that you can refine and improve your program. 2) Find the best people to work with you both as professionals and as a lay board. You cannot achieve excellence unless you build a team of outstanding people…”

…..Karen Sher, senior program associate with the Millstone Institute, said she’s been impressed by Schwarz, who in 2007 was named one of the 50 most influential rabbis in North America by Newsweek.

“I read his book and found it to be extremely relevant to where we are today as a 21st Century Jewish community,” she said. “He has insights not just in one particular area of the community but several – synagogue life, arts and culture, social justice. I think anyone who attends will find it relevant.”

“It’s Passover week, the time when Jews retell our foundational story about how we, a tribe of Israelites, moved from slavery in Egypt to freedom in our own land. It’s a very particular story; it defines who we are. We’re MOTs, members of the tribe.

“Democracy’s greatest test is how it treats its minorities…”

“More than a year ago, Sid Schwarz, Adat Shalom Reconstructionist Congregation’s founding rabbi, and Indonesian Ambassador to the United States Dino Djalal began discussing a potential interfaith mission that would bring together religious clergy from the U.S. and Indonesia…”